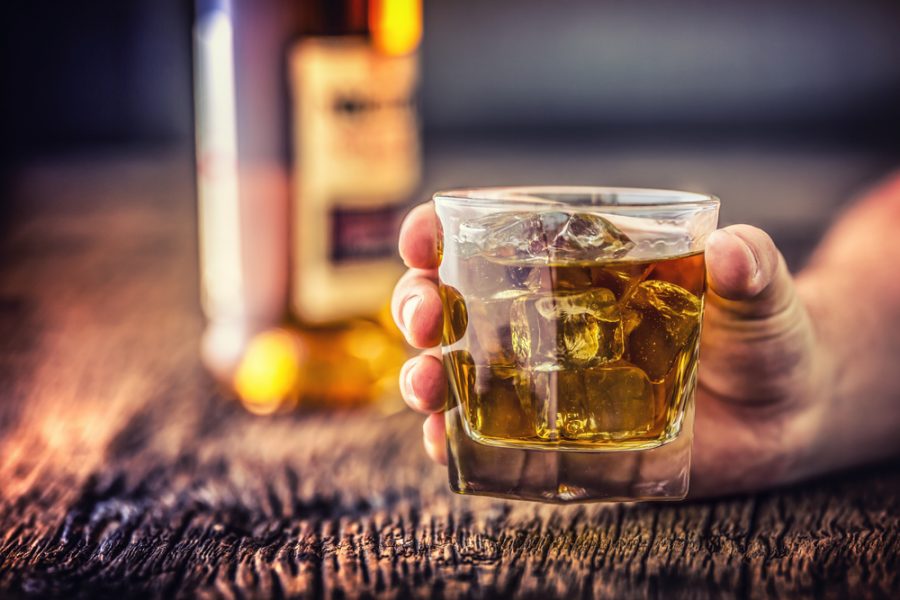 After researches many answers have come up for this question but the main answer for this question is socialization. People start taking alcohol just to get fit in the society. They took alcohol drinking as the status symbol and they also relaxed from the stress by moving in such societies.

Another common reason which has come up for this is that people enjoy the taste of these drinks. In starting it does not taste very good but if the person sticks to it without giving attention to taste then slowly and slowly his reaction for the taste changes. The thing which was not tastier earlier now feels tasty to the tongue as the brain changes the taste likings. And how long will it take to change depends from person to person. Alcohol is also a good source of relaxation for many individuals. They take alcohol to get rid of whole day’s tension and tiredness. It makes them feel at ease. So whenever they feel like tired and wants to relax the one easiest way for them is to take alcohol. While some start drinking because of peer pressure.

Escapism is one more reason for drinking. People drink to forget their problems, stress and anxieties. In this case a person starts drinking large quantity of alcohol which can be physically and mentally destructive. He can also start abusing at that time.

Sometimes a particular individual started drinking with one reason and after the addiction his list for the reasons changes.

7 Things You Need to Know about Laser Skin Treatment

5 Tips for Retail Businesses in the Current COVID-19 Climate

Why You Should Have a Positive Attitude towards Your Employees

Suwitmuaythai Website from Phuket and Muay Thai with Fitness for Holiday

In serial order of the article, billions of people in the world, who don’t consume alcohol, can’t they socialize or fit in the society? Relaxing from the stress with the help of alcohol, is very temporary & light strength in comparison to drugs. Are there any record of all religious lord(s), prophet(s), caliph(s), saint(s), and pious people having alcohol & drugs to be relieved of stress? I mean if there aren’t, then shouldn’t we live & consume naturally. Nothing like artificial insemination (by lesbian & gays, who claims to be normal. I strongly believe God created Men & Women for a reason, other wise it would have from Adam & Adam-2, or Eve & Eve-2 (with no chances of human propagation after them), and alcohol that are made from rotting fruits, barley, and who knows what..and have to go thru multiple process to make it fit for drinking. Drinking to get (initial)drunk just to notice, how it taste, is not a healthy sign. Again, relaxation with the aid of alcohol, is just temporary thing. I have never even tasted (much less drinking occasionally), and I determined to stay that way…but, here’s the thing, as a human, I do get tired & stressed, but I use a good sleep to get my problems solved (that’s temporary too, but without alcohol that comes with numerous negativity). Such as… If it is so good then why it comes with “consuming age limit”, and reason behind it? If it is so good then why it comes with “buying/selling time-table”? Alcohol is responsible for good number of road accidents everyday (I think, second to ‘falling asleep on the wheel’). Alcohol is responsible for causing violence among friends, families, neighbors, bar/club goers, etc (people do get beaten, stabbed, shot, killed by drunken angry fellows). They usually have a big warning sign, telling people not to enter places, with guns, where alcohol are sold and/or served. Western people do not beat their wives to control them, like they do so in poor developing nations…BUT, they do beat their wives occasionally, while being drunk. Due to age restrictions, underage kids makes “beer/yahoo runs” (same used to be with tobaccos some years back, when they used to be displayed on sales-floor), As these underage kids grow older, they get encouraged to expand from “Five Finger Discounts” to ” Stealing Bigger Fish, at work or else”. Lots of people lose jobs, when business gets stolen (from C-Store employees to Investors with Madoff). While the Islam religion teaches “RESTRAIN”, by fasting dusk to dawn (pretty much), for the whole month. These people don’t eat, drink, sex (damn, lol) during that time, unlike Christian len, which I believe meant for an item or two to avoid eating(easy). Why ‘restrain’ issue here, you say? Because when I used to work that dead-end cashier job at Gas Station, I noticed most beer customers declined my “plus sale approach of buying alcohol by the case, to save money”. Customers used to say they usually gets drunk (with subsequent hang-over the following morning), and can’t control themselves with tempting cans laying around. Aside from my personal view of alcohol, here’s one person wrote on Yahoo! Answers ……..

to me, people are taking alcohol just as a way of cerebrating, and too show joy for example in developing countries like Tanzania people are drinking alcohol on their wedding ceremony,birthday part, and graduation just to show their happiness in the society. but the solution to the this habit is just to educate people about the effects of alcohol to their health, and church/muscat should preach on the impacts of alcohol to the body and eternal life.

Lol dude I just drink to get drunk.