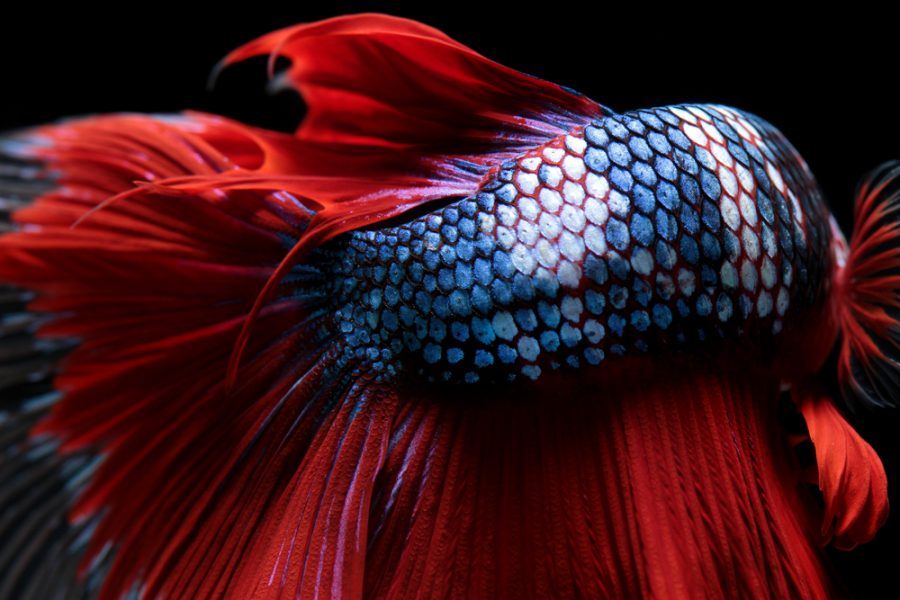 Many fishes have scales but clingfishes do not have. Their body has a layer which is called mucous. Scales on the fish body helps fish in some ways like:-

Firstly it acts as a protective layer so that harmful objects, fungus, bacteria and parasites cannot enter the fish body
Secondly they are present in overlapping pattern and only small part of scale is visible which makes the fish body smooth but itself the scales are hard. Scales allows the fish to move easily in vertical and horizontal direction in water. Itâ€™s designing is in such a way that the water can easily slide over the body of fish and it faces no obstacles or resistance while swimming. The smoothness that it provides to fish body helps to maintain the speed through water. Think if the fish have hair on their body then they will not be able to swim properly because the hair might have resisted them to swim.
Thirdly it makes the fish body flexible for the movement.

Fish body doesnâ€™t lose the scales in natural way but they remain growing. Growth is very much dependant on the season. If you observe the scales very closely then you can identify the age of fish by counting the growth rings present on each scale of the fish. If by chance fish loses its scale because of any reason then it grows again if the fish is healthy.

The hardness of scales differs. The harder and heavier is a scale more is the protection and less is the movement of fish. The less hard and heavier scales, less is the protection and more is the speed and movement of fish. So that is why we see that eel and other freshwater fishes have very small scales which can be seen only through microscope while the fishes like coral snapper bears medium size scales and tarpon etc have large and hard scales.

Placoid
These scales are made of dentin which is covered by enamel and are much like teeth. These types of scales are found in the rays and sharks and are known as denticles. They come out of the epidermis but not covered by it. These scales have a fixed size growth. When the fish grows there becomes the space for more denticles to grow on the body to cover the space. These scales never overlap as the other scales of fishes.

Ganoid
These are the flat, appearing scales covering the body of fish with less overlapping.

Cycloid
In the bony fishes these are the scales oval in shape, having rings called growth rings. Remoran and bowfin are its example. These are on the blinded side.

Ctenoid
They are very much same like cycloid but they have spines on one side. These are on the eyed side.

Cosmoid
Long time back cosmoid scales consists of four layers and these were of the dense bone, spongy bone, dentine bone and enamel bone but these scales nowadays appear only as fossils or on coelacanths.

Leaving Your Dog With A Sitter